A downloadable game for Windows

It is a full voice game using the machine voice "VOICEROID"

A work depicting one day's work of the psychic master "Itako Tohoku"
Itako Tohoku uses ghosts to solve mysteries
A short horror comedy that can be completed in 30 minutes to 1 hour.
-VR support, you can play in an environment like a virtual 3D TV
- You can change into multiple costumes
-Native support for Xbox controllers, other than that
- Native supports multiple languages in Japanese and machine translation

Games Do Titio12 days ago
Reply
life2511 days ago

Hello, developers! Do you need some help translating this game correctly into Russian? I noticed that the translation into Russian is pretty bad. I offer my help as a native speaker.

Is this game also in English ???

How do I get the bikini custome ?

I really enjoyed this game, my only complaint is that the translations could use some work. Aside from that I was still able to enjoy the game. I will link my gameplay below if you are interested.

Reply
marko B.2 years ago

Don´t get me wrong the game ais very very good. However, there is one big issue with it and that is the translations. I am native german therefor I did use the german language option.

Yet I did notice that fist of all the menus stay in english ore and some buttons of the UI even stay in Japanese ore what ever your native language is.

Next thing on my list is the grammar it is bad and I mean really bad on some parts. I don´t know who translated this but that person did not the best job o it. In fact I rather would believe that this person did use google translate instead of actual knowledge.

Speaking of knowledge though, it might have tin better to let some one proofread the translations at all before bringing them in to the game in the first place.

I also noticed that some words in the german version are not german at all bot taken out of the english even though the correct german words have been used later on in the very same text.

Another point I´d like to address is the translation form of the Keyboard controls over to game-pad. It took me almost to play troughs in order to figure out how the controls of the Game-pad are respond in relation to there Keyboard counterpart.

If the potability to use a Controller/Game pad exists it would be nice if those are explained in the tutorial as well. Not every one that play PC games with a Game-Pad has also an controller map right next to them or knows how what number and axis is corresponds to what button on the pad thy are using.

Pleas  take what I did write here as an Word of advise and suggestion for improvement on your game.

Apart from that how ever I really liked and even enjoyed this game and would like to see more of it in future.

I have problem with ghost child all the time I go to the bear it doesn't work. Like nothing happens

I peed my pants with laughter at the translation, it makes this game. It is otherwise a very competent game lul

Finally got around to play it, the translation is so broken but the game itself is hilarious! I'd like to see more of this project.

Reply
jordanthompson3 years ago(+1)
I played through this to completion (anyone who needs assistance, this video should be a good resource). Fair warning, I do get more negative than I would like out frustration but looking back (and even in video) I reflect that I do like a lot about it, but the translation makes some puzzles really hard to solve. I would highly recommend (at least on the English side) going in and maybe rewriting them. Very, very broken English (as someone who loves broken English, it generally can come off as "cute").

With all that being said, the further I have distanced myself from the game, the happier I am about completing it. I really did love the characters and the humor was impactful at spots (especially the ending).

I'll keep an eye on future games, but thank you for making this.
Reply
lucidthasensei3 years ago

this game is great.srry i got some sync issues so this is all i got :c

Thank you for this game!

The game was good. There were some issues with translation, and other things. But the characters were adorable and atmosphere was good!

Keep it up, I would love to play it.

so the creator is insane? cool.

Awesome game, I loved it! Made me laugh and I'm genuinly pleased. Thank you to the developer!

Really well done, funny and cute with some decent scares throughout, with some interesting character. The translations do need some work though, as most of them are undecipherable gibberish.

The accuracy of machine translation is my problem.
However, I don't want to spend as much time as possible, so I'm thinking of developing a game that doesn't depend much on language. 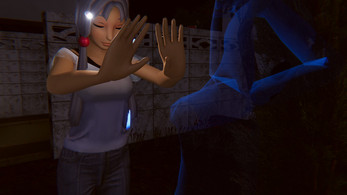 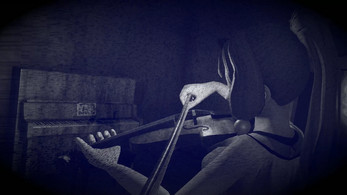 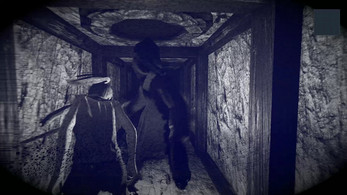 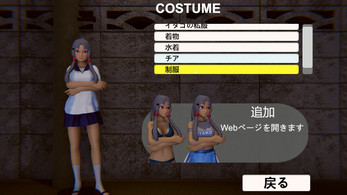 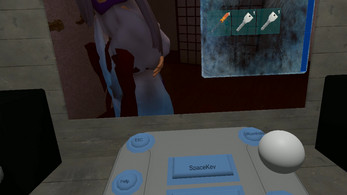